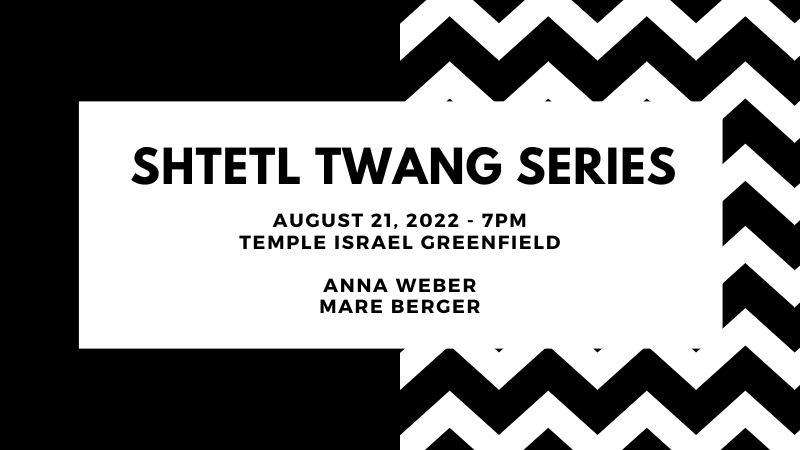 Mare Berger is a composer, singer-songwriter, pianist, teacher, writer, gardener, and activist based in Brooklyn, NY. Mare has been playing the piano for 37 years and teaching for 20 years. They have played at notable venues such as the pit for the Broadway musical Evita, The Jazz Standard, and The Bitter End and played alongside artists such as Josephine Foster. For six years Mare curated a monthly concert series promoting women, queer, trans, and gender-non-conforming musicians and artists. Mare believes in the importance of collaboration as a way of fighting fascism and oppression, and facilitates workshops encouraging people to imagine together: Collective Songwriting for Collective Liberation. In the Shtetl Twang concert, Mare will be playing a song-cycle based on the cycle of the moon reflecting our wholeness and interconnectedness. Each song will have parts for the audience to sing along on mantras/phrases to help feel our interwovenness.

Anna Webber is a flutist, saxophonist, and composer whose interests and work live in the aesthetic overlap between avant-garde jazz and new classical music.  In May 2021 she released Idiom, adouble album featuring both a trio and a large ensemble, and afollow-up to her critically-acclaimed release Clockwise.That album, which the Wall Street Journal called “visionary and captivating,” was voted #6 Best Album of 2019 in the NPR Jazz Critics Poll, who described it as “heady music [that] appeals to the rest ofthe body.” Her 2020 release, Both Are True(Greenleaf Music), co-led with saxophonist/composer Angela Morris, was named a top ten best release of 2020 by The New YorkTimes. She was recently named a 2021 Berlin Prize Fellow and was voted the top “Rising Star” flutistin the 2020 Downbeat Critic’s Poll.

Suggested admission: $10-20. Payable by cash/check, on our payment page, or on Venmo to @Kate-Lee-Biz. No one turned away for lack of funds.

Shtetl Twang Series is supported in part by a grant from the Harold Grinspoon Foundation.