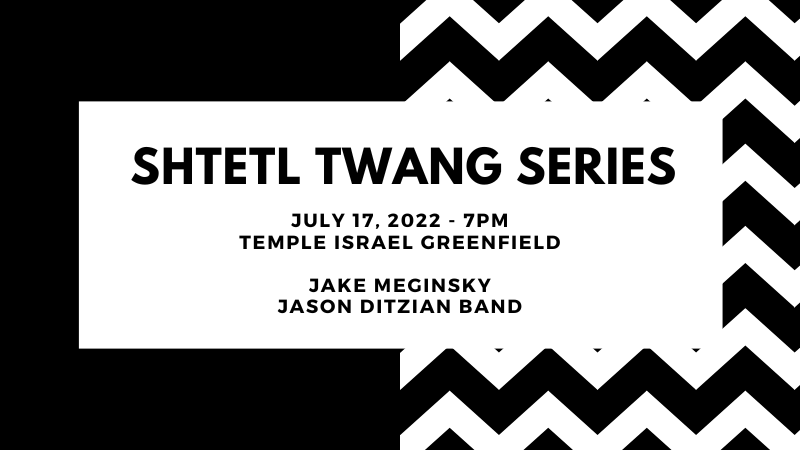 Jason has been the leader of San Francisco-based klezmer ensemble, Kugelplex for over 20 years – working in the tradition of the old world klezmers, performing throughout the US at countless weddings and concerts. The ensemble has collaborated with Joan Baez, the Oakland Symphony, the Oakland Interfaith Gospel Choir, Frank London, Linda Tillery, Kitka and many others. Jason has performed, recorded and toured the world with Jewlia Eisenberg and her radical jewish music ensemble Charming Hostess (Tzadik Records).

Suggested admission: $10-20. Payable by cash/check, on our payment page, or on Venmo to @Kate-Lee-Biz. No one turned away for lack of funds.

Shtetl Twang Series is supported by grants from the Harold Grinspoon Foundation and the Jewish Endowment Foundation of Western Massachusetts.